The Jeopardy! Book of Answers

By Harry Friedman and Barry Garron 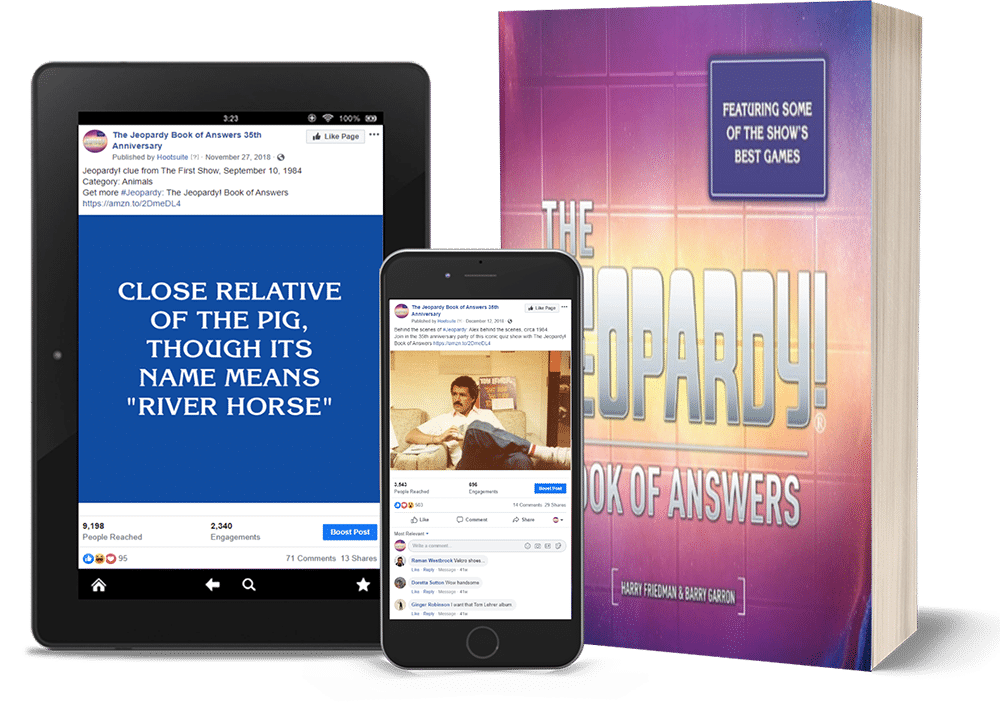 Published for the 35th anniversary of Jeopardy! and exploring the making of the show, milestones, and notable games, Pubvendo’s campaign strategy targeted fans of the show with clues from notable games and behind the scenes photos from the book.

Pubvendo executed two creative strategies: behind the scenes photos, and clues from notable games. Pubvendo recreated the look and feel of the classic blue-background Jeopardy! teleprompter, served clues to audience members with interests in Jeopardy! and trivia, and then updated each clue with the correct response after audience members provided their responses to each clue.

The most notable outcome from Pubvendo’s social media advertising campaign was an astronomical 144% non-follower engagement rate. On average, the audience members to whom Pubvendo served ads featuring clues from notable games not only engaged Pubvendo’s content with a reaction or share, but also with responses to each clue in comments. Due to audience interest in responding to clues, the average audience member engaged Pubvendo’s content 1.44 times each.