Stan Lee: The Man Behind Marvel 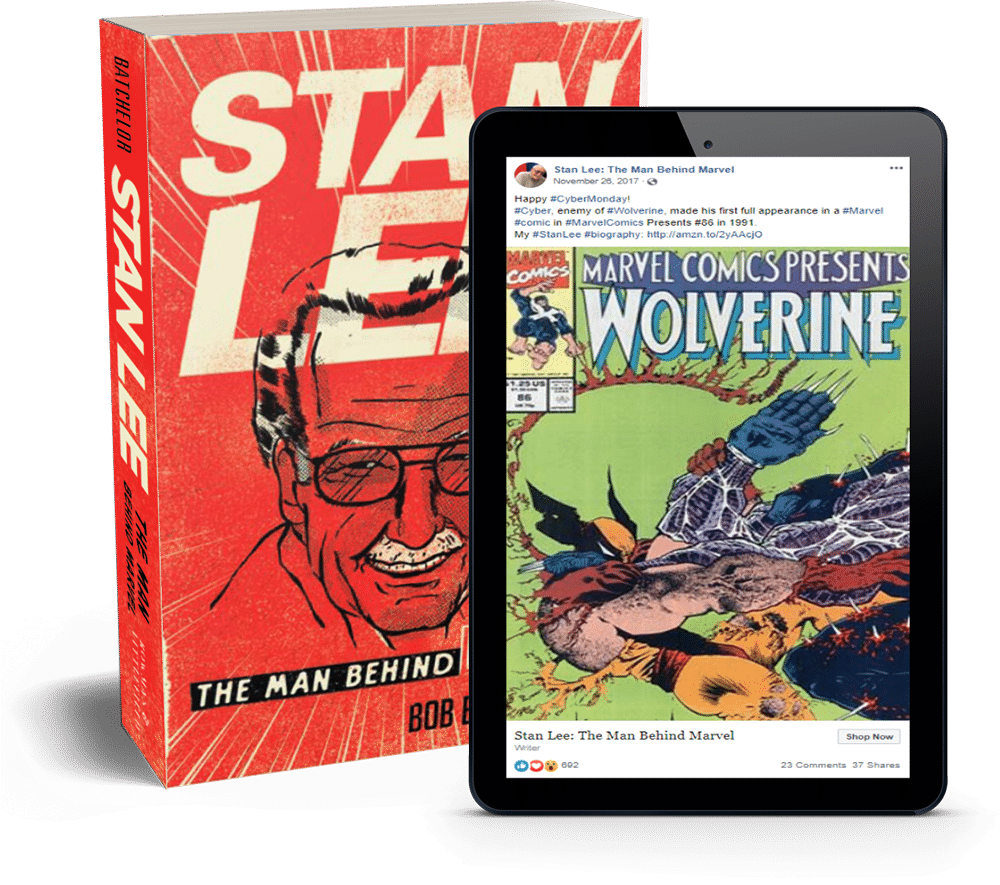 Pubvendo established a primary audience of fans of biography, Marvel Comics, and Stan Lee, and created multiple sub-audiences based on creative. For example, Pubvendo’s #CyberMonday content featured a vintage comic cover of the first appearance of Cyber (Wolverine’s nemesis) in a Marvel Comic, which ad was served to a sub-audience interested in Wolverine and Cyber.

At outsized engagement and click-through rates and low CPE and CPC rates, Pubvendo’s campaign resulted in a weekly sales increase of 1,100%.

”I am convinced my book would not have been nearly as successful as it was without Pubvendo promoting it. Once they began their campaign, my previously perfectly adequate sales began to skyrocket. The publisher literally could not send inventory to Amazon fast enough. Pubvendo is amazing and easy to work with, and they bring heart, data-intelligence, marketing know-how, and a true love of books to the outstanding work they do for authors. Highly recommended.