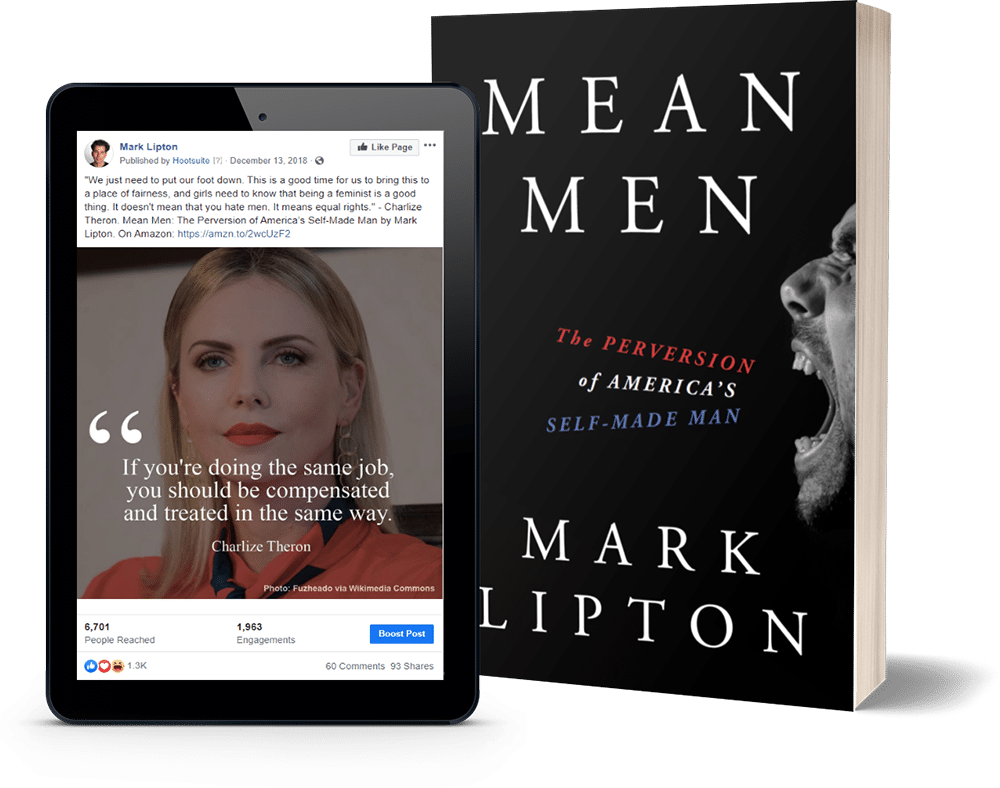 As a book exploring the troubling psychology of America’s most famous men including Steve Jobs, Dov Charney, Lance Armstrong, and Donald Trump—men widely respected for their success but known behind closed doors for being mean—Pubvendo positioned Mean Men within the broader national conversation about gender politics and men’s roles in leadership as a solution to many of the issues included in that conversation.

Pubvendo achieved a 29% engagement rate and 6.35% click-through rate at $0.05 and $0.14 costs per engagement and click, respectively, resulting in 9,700+ link clicks to the Amazon retail page for the book.

”I found Josh and his team extraordinarily accomplished in every facet of their work. They understand the complex subtleties of social media and how to leverage its influence with class and integrity. The campaign they created for me had impact on the target audience in forceful yet positive ways and their keen sense of design and wit became icing on the cake. I thoroughly enjoyed working with Josh and, during the engagement, found that my respect for his mastery of social media marketing for authors had surpassed my already high expectations.